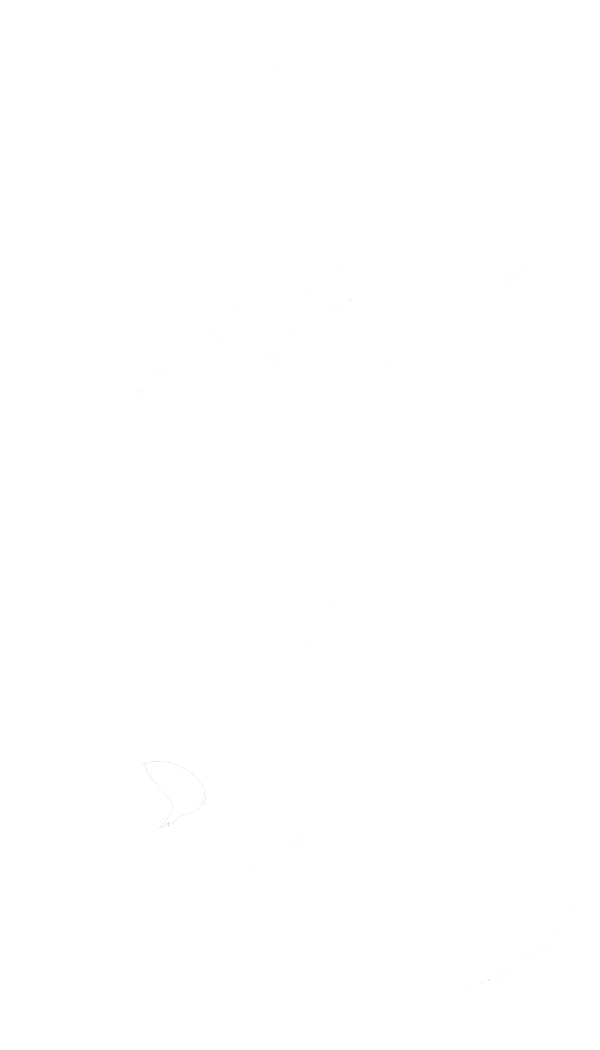 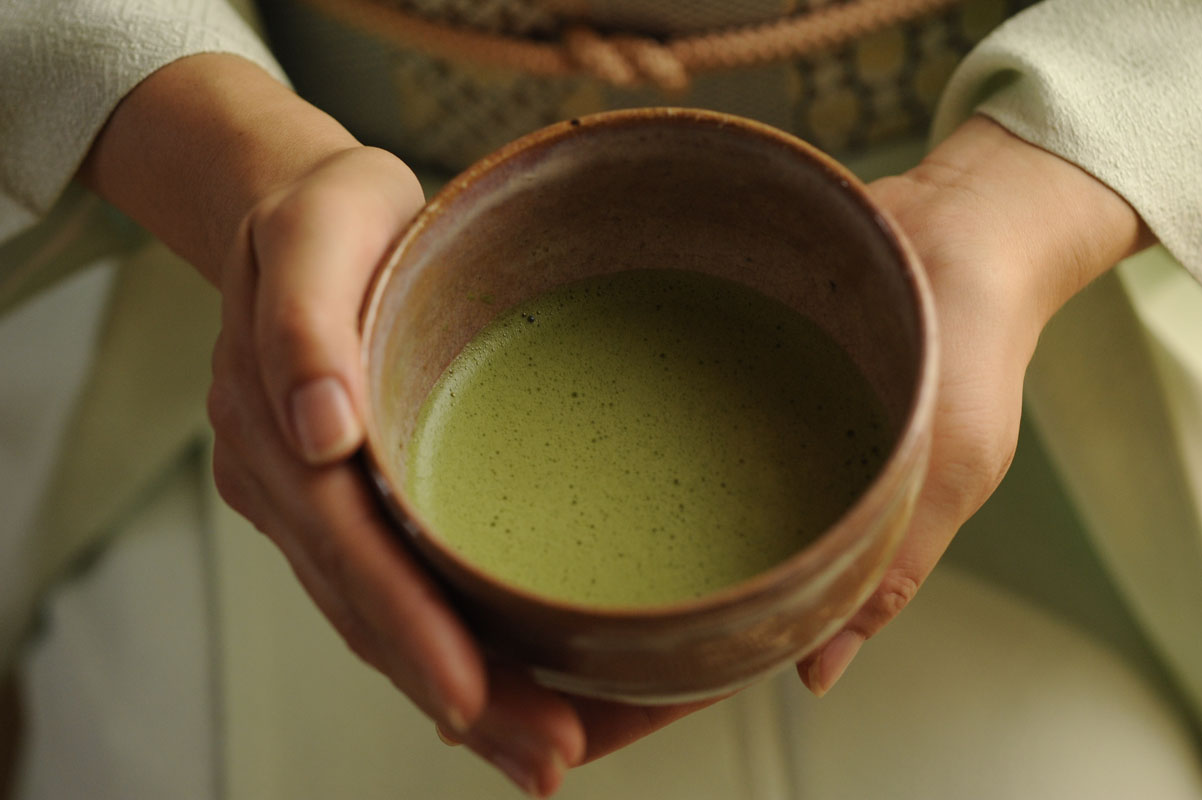 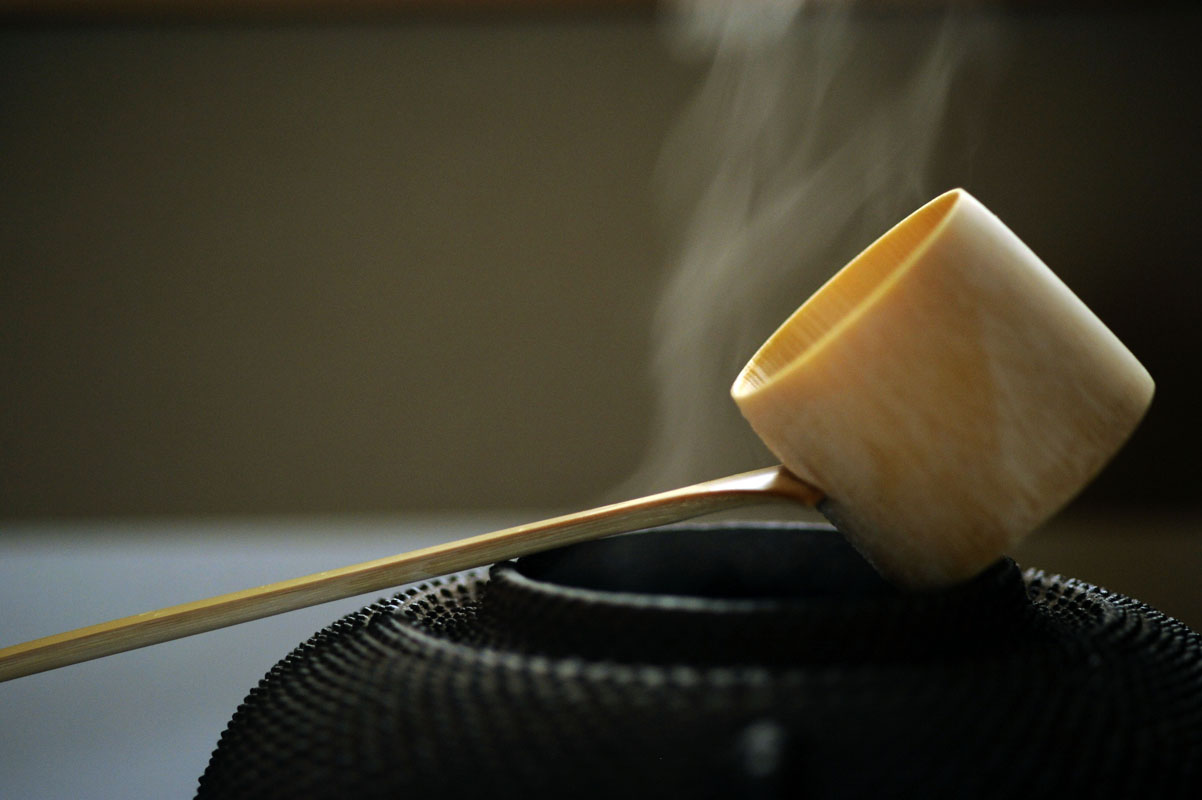 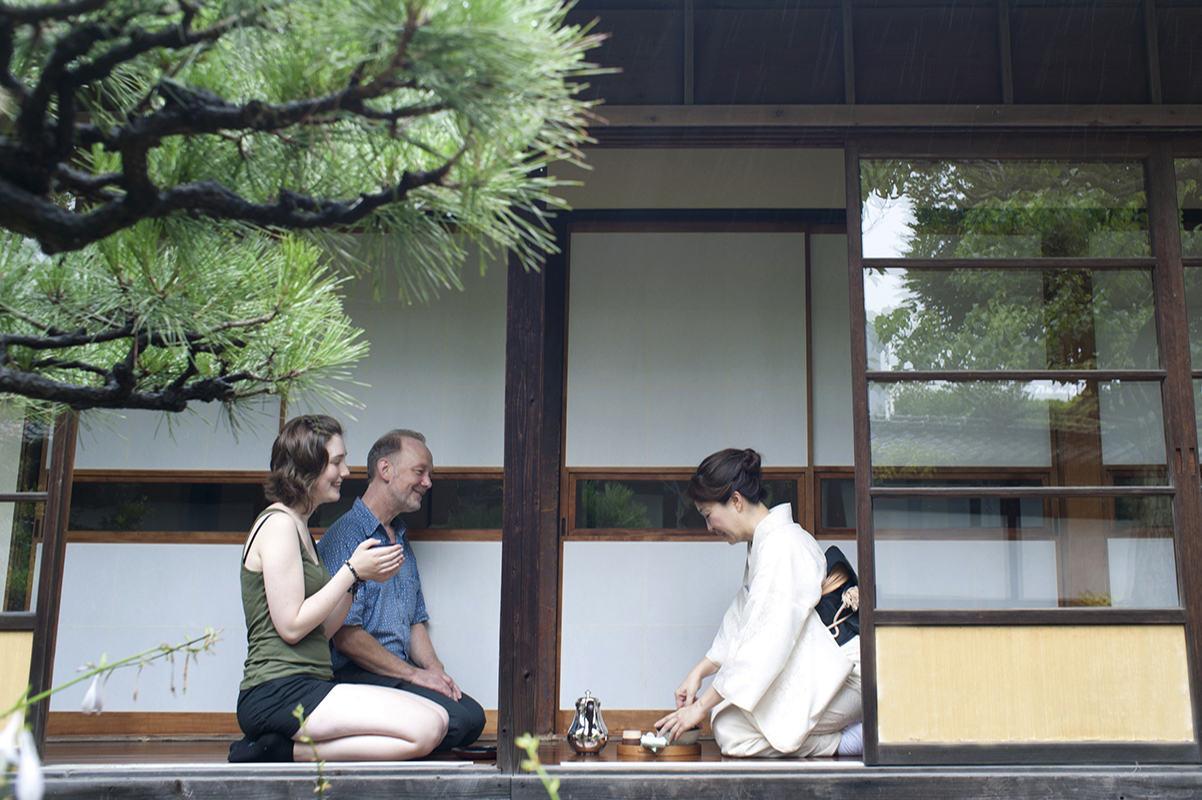 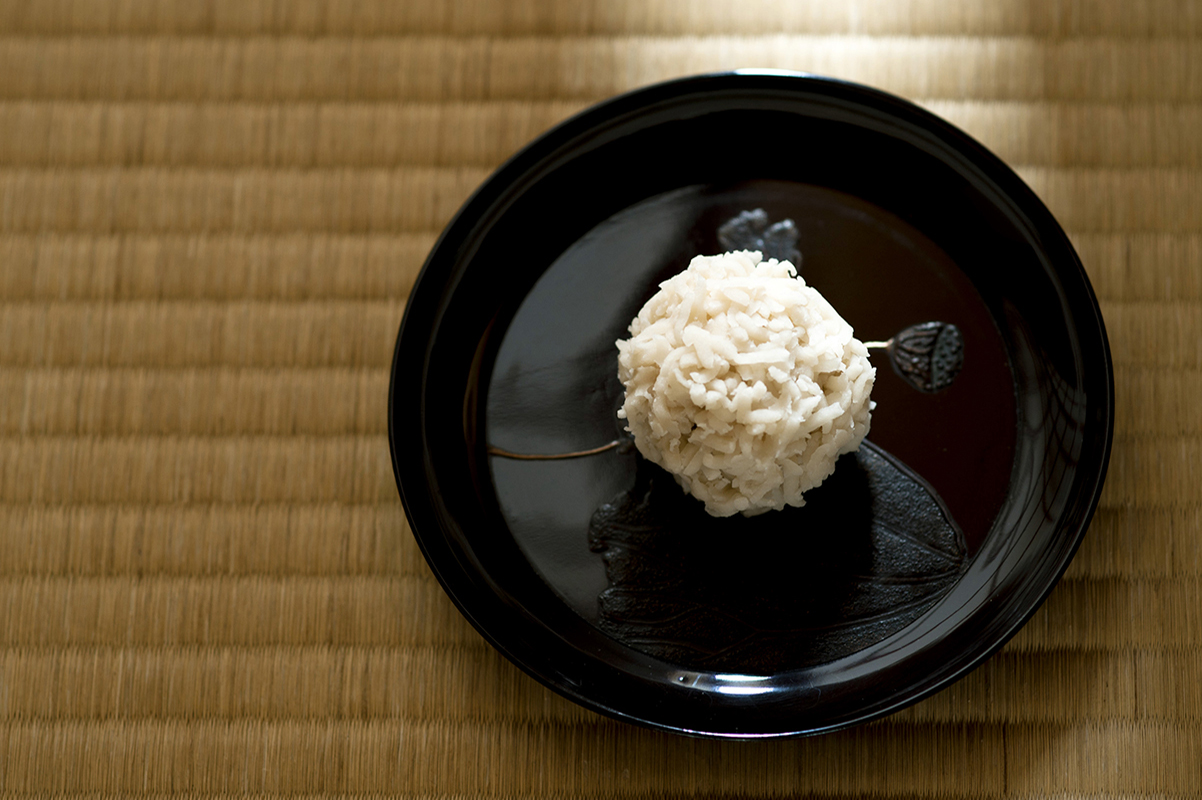 Explore the traditional culture and the aesthetic art of Japan.
Enjoy chanoyu with a detailed guidance by an experienced and English-speaking tea master. 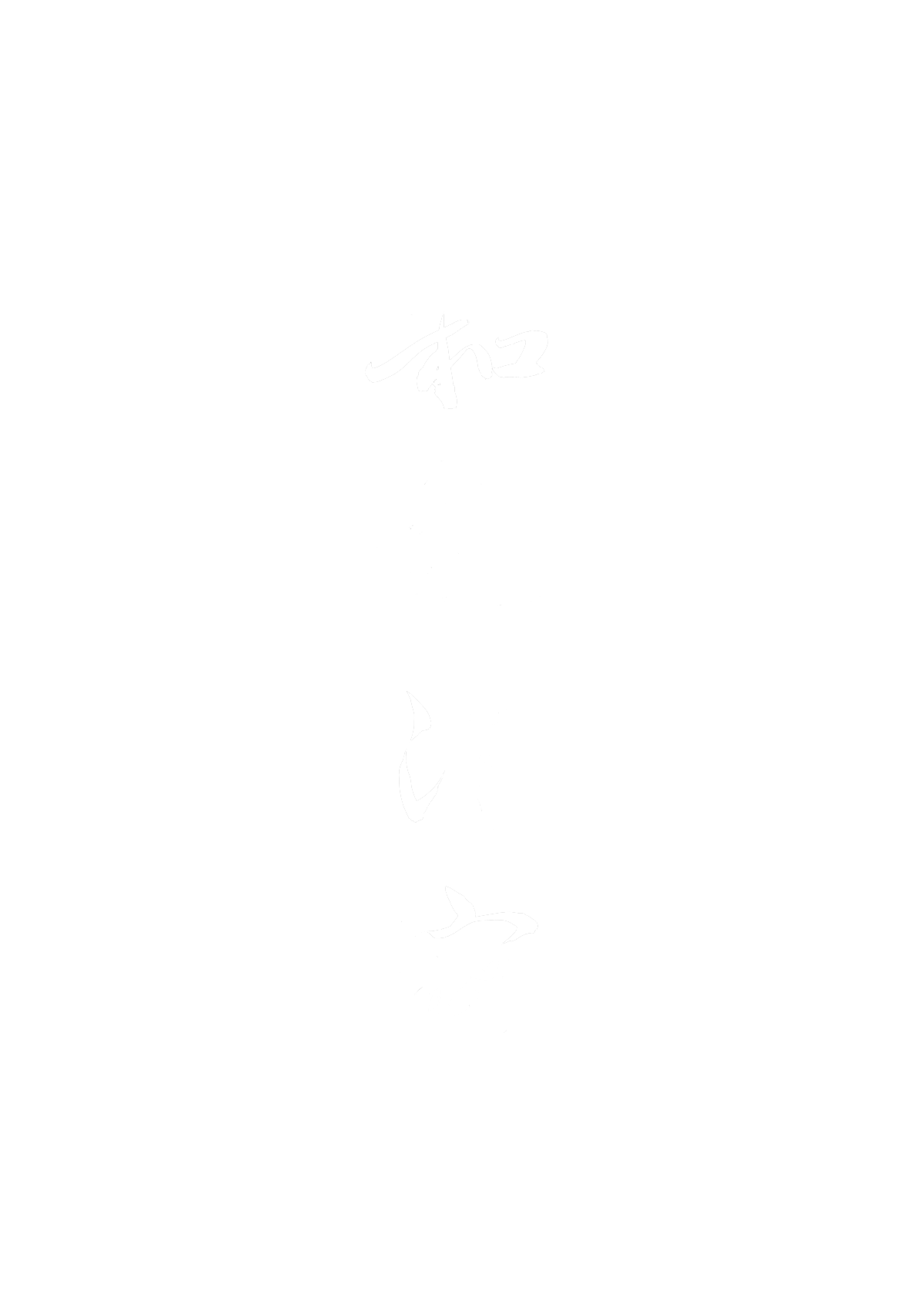 Chanoyu, known as Tea Ceremony, is the tradition most representative of Japanese hospitality. The etiquette of making and savoring matcha green tea was perfected in the 16th century and has been passed down through generations. It is a composite art of Japan, combining a variety of over one thousand year old Japanese traditional arts. The lifelong practice of tea ceremony is known as Chado, or the Way of Tea, which is the spiritual and aesthetic discipline for the refinement of the self. "和敬清寂（Wa-Kei-Sei-Jaku）" - Harmony, Respect, Purity and Tranquility are the goals which the etiquette of making and savoring a bowl of matcha seek to achieve.

Since chanoyu is demonstrated mostly in a quiet and peaceful atmosphere, many important messages are sent in silent manners. Tranquilitea provides a privileged opportunity for the guests, a private guide to have detailed explanation in English, by an experienced bilingual tea master.
Our project also proposes an up-to-date version of chanoyu that suits the present lifestyle, something more casual but still traditional and tranquil. 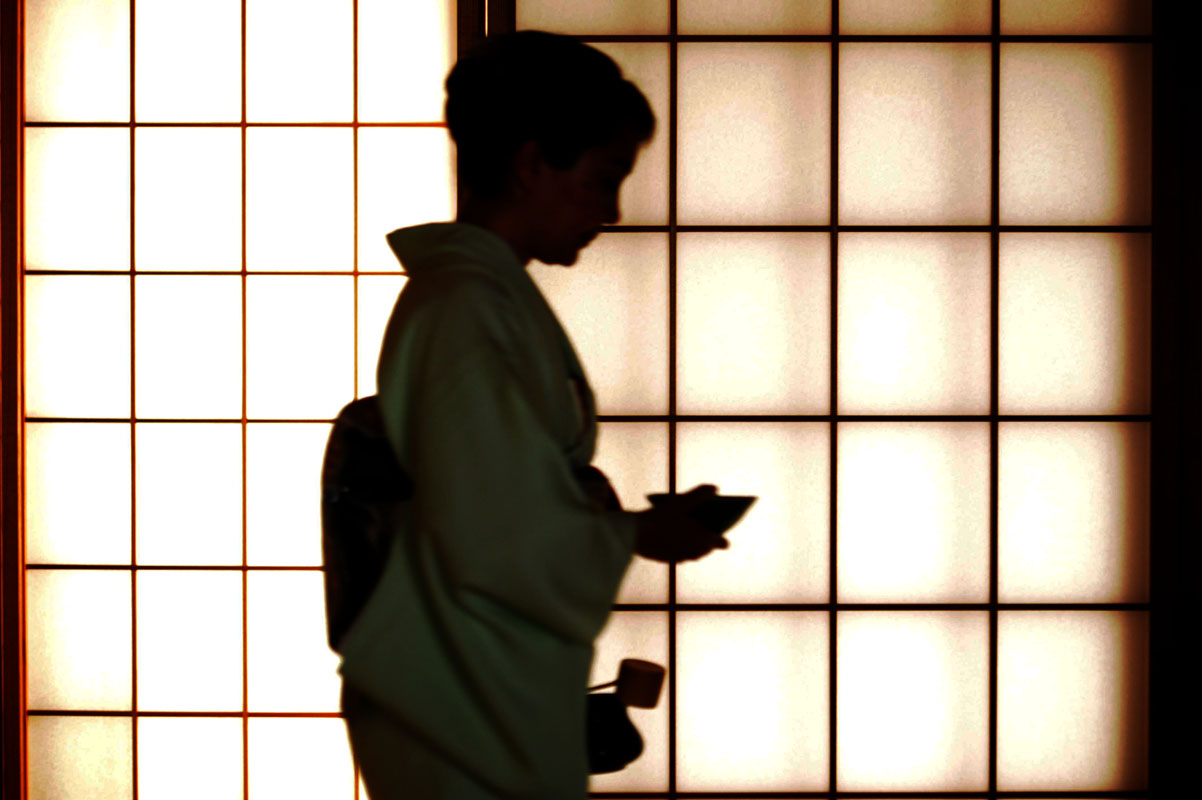 These are the terms to describe the distinguished philosophy of Japanese aesthetic - wabi and sabi. Chanoyu “inculcates purity and harmony, the mystery of mutual charity, the romanticism of the social order. It is essentially a worship of the Imperfect, as it is a tender attempt to accomplish something possible in this impossible thing we know as life.” - Tenshin Okakura, The Book of Tea, 1906. 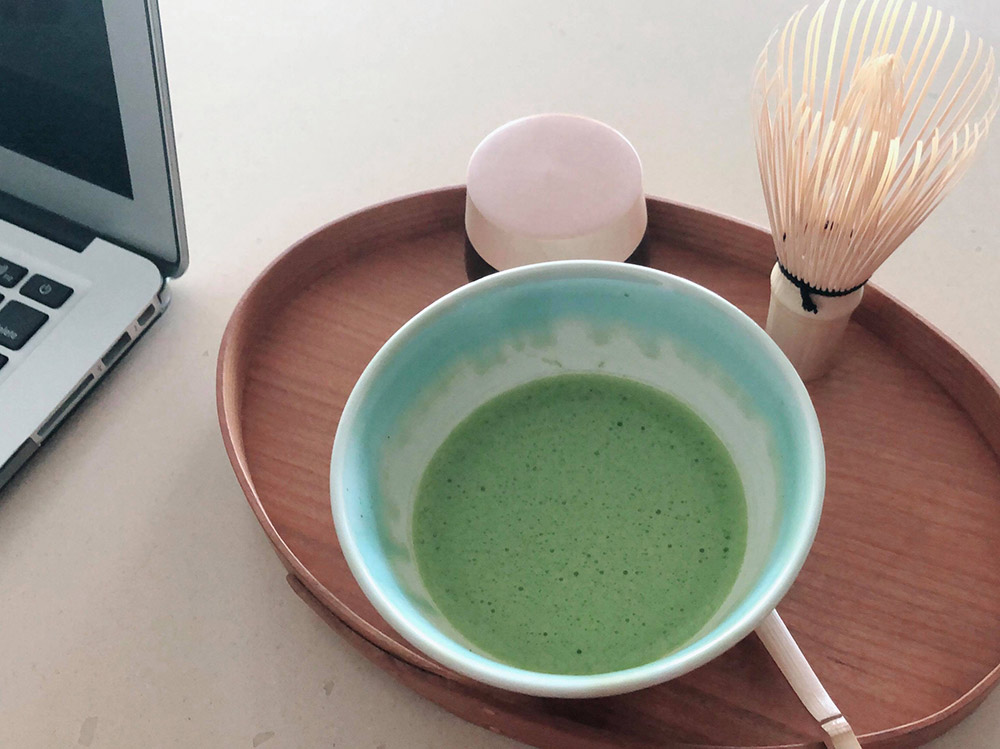 To prepare and savor tea is a perfect way to feel mindfulness, as has been practiced by the people of Japan for centuries to shed worldly attachments and feel a complete relaxation. The old saying "Cha-Zen-ichi-mi" , literally meaning Tea and Zen are equal, tells its principle is deeply rooted in Zen Buddhism and suggesting the importance of mindfulness. The new style tea break we propose is the easiest way to enjoy tea breaks, in your office or at home while following the traditional Chanoyu method. Treat yourself a mindful bowl of matcha - IPPUKU.

Create Your Own Tea Ceremony
( with Stared Meal & Sake service) 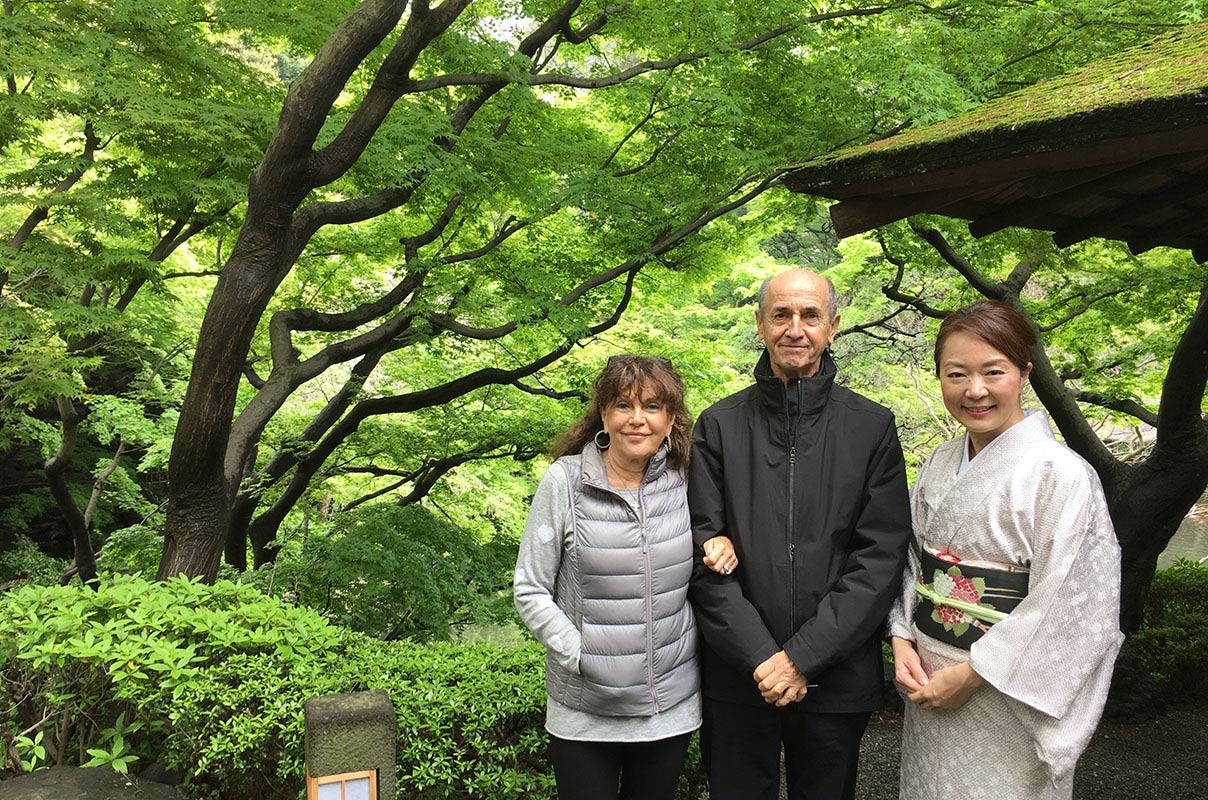 Location Traditional tearoom of Michelin Starred Japanese restaurant in Tokyo
Hours 120 min, less or more as you like
Price contact for further info 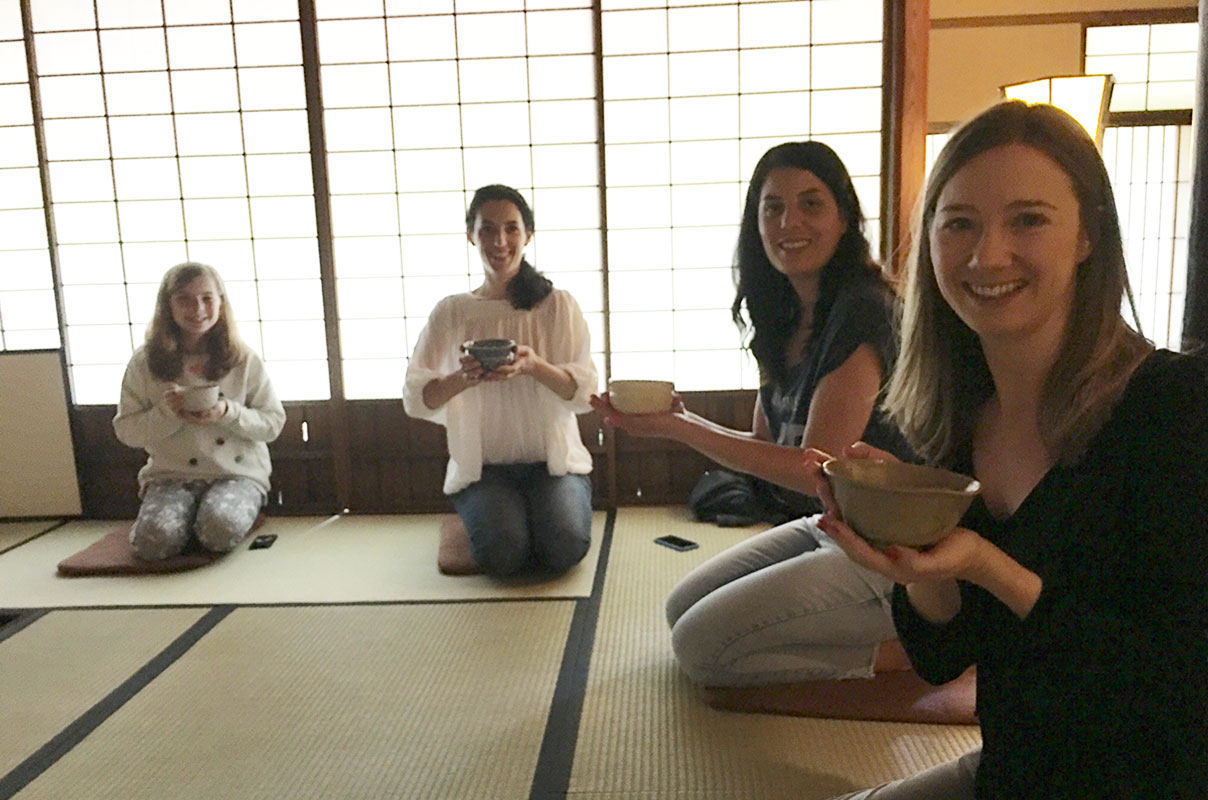 Japanese Tea Ceremony lessons and private seminar in English. We practice how to prepare a bowl of matcha green tea by following the traditional Chado rituals while learning about the history, art and manners of Japan. Experience tea on traditional tatami mat tearoom and modern ryurei (table-and-chair style). 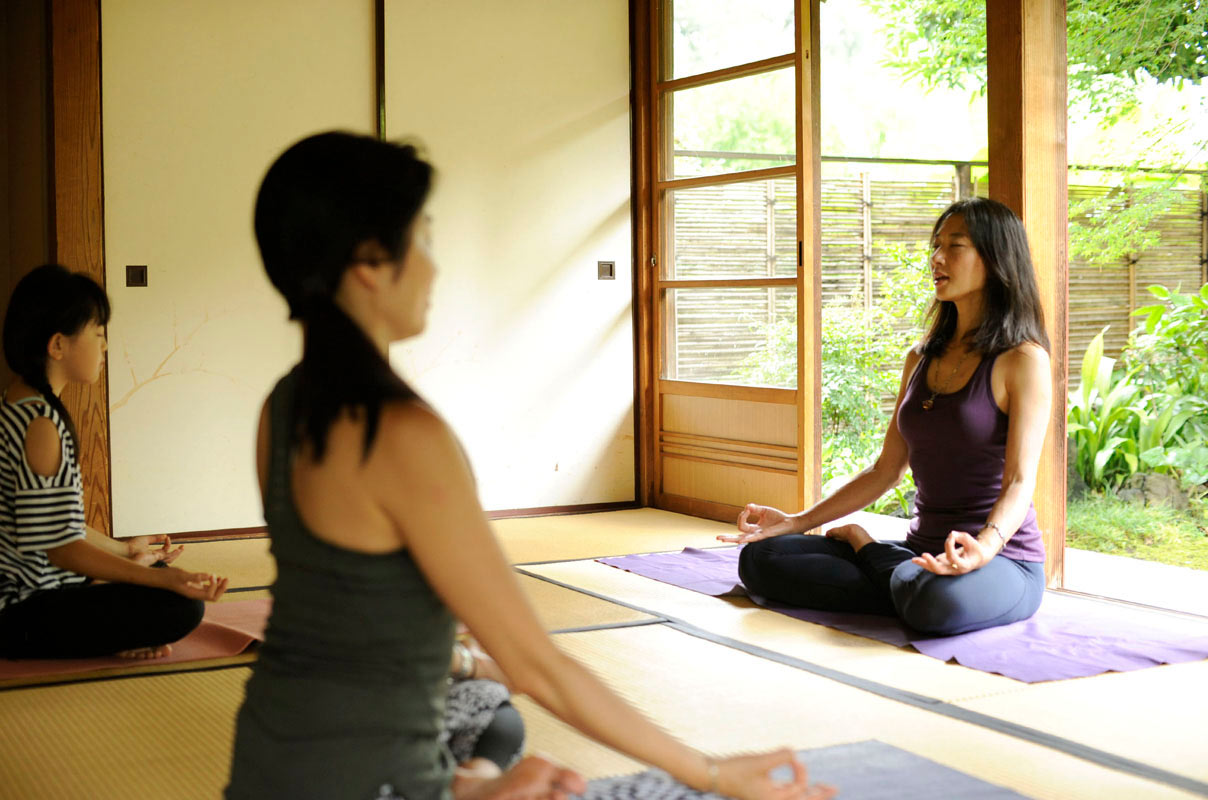 We loved you helping us to understand better about the Way of Tea, and all your very interesting insights. ( France )
How intimate and Zen we felt after the ceremony. It was a hit! ( Spain )
A very special and amazing experience. It will be a great souvenir for all of us. ( U.K.) 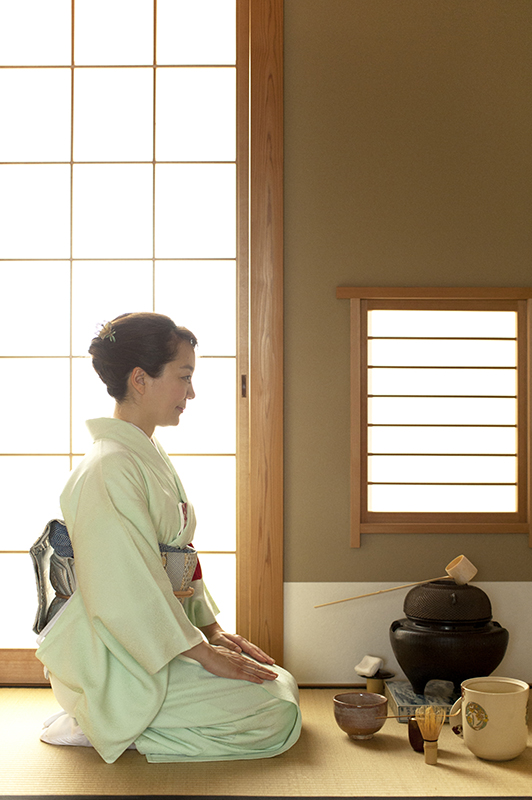 I was born in Tokyo, Japan, to the Daimyo (Lord of Samurai) family line of Edo era which spans 800 years of history. Japanese feudal lords were the patrons of tea ceremony and related fine arts. I received a big influence from my family background, also from my mother who is a tea master, my grandmother who was a sumie artist and whose birth was the Tokugawa Shogun family, and my great grandmother who served as a chief court lady of the Empress Showa and whose birth was the former House of Imperial Prince Kitashirakawa. I spent my childhood in the U.S. and high school days in Australia as an exchange student of AFS. I received my B.A. from Keio University and served as the assistant curator to the Tokugawa Art Museum. I am now the director of chanoyu tea ceremony classes and tea gatherings for all ages at embassies and international schools in Tokyo. I organize seminars for companies online. All classes are in English and Japanese. I am the mother of three children. 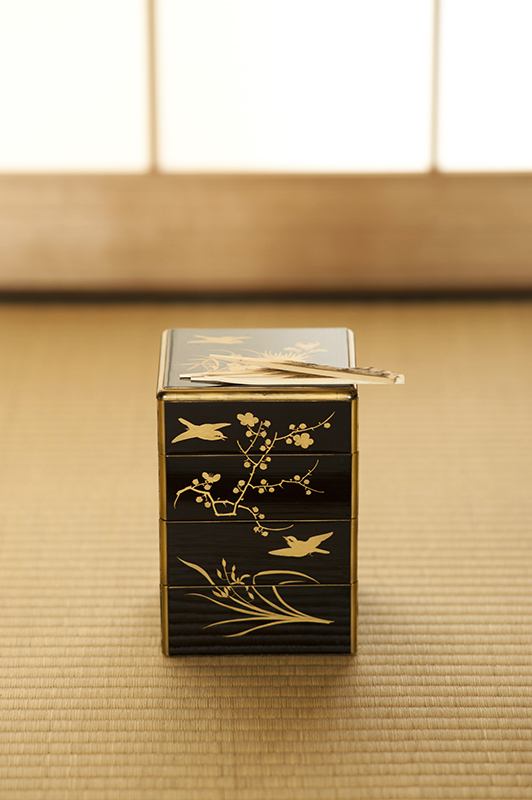 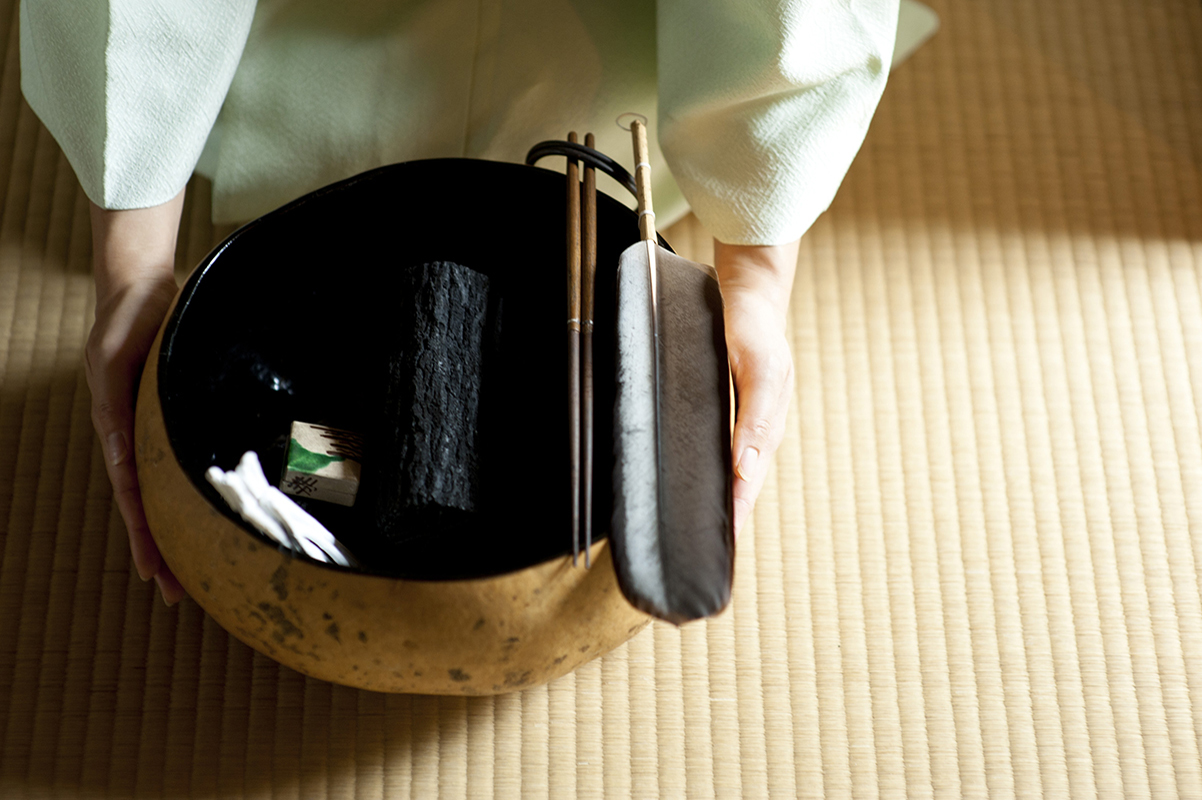 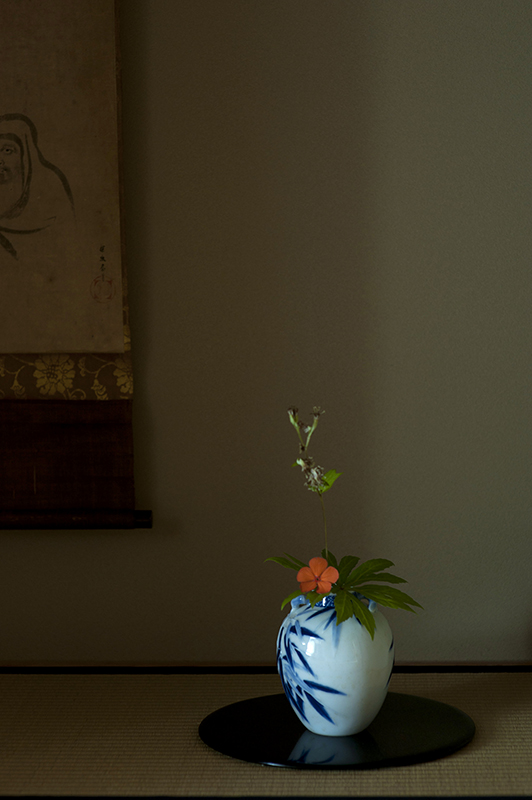 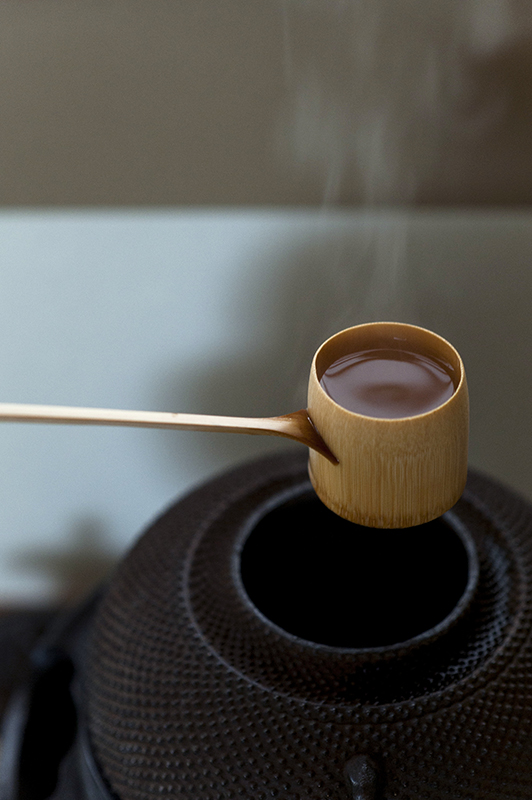 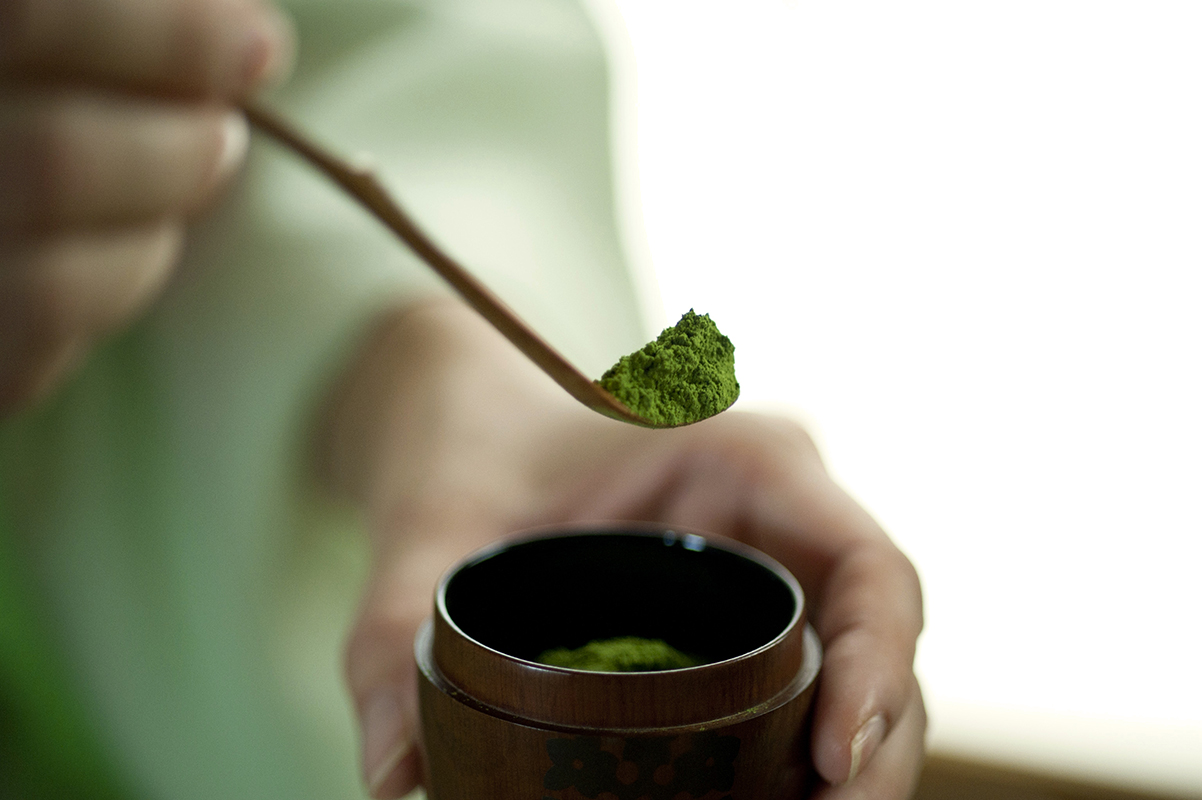 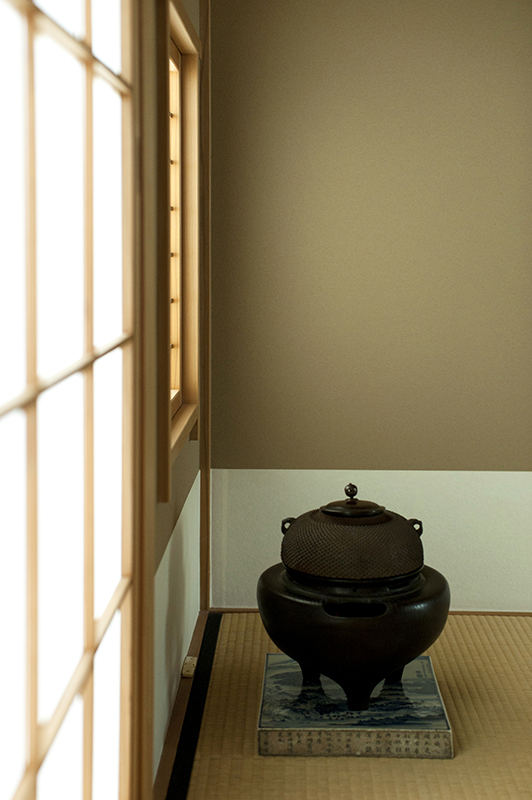 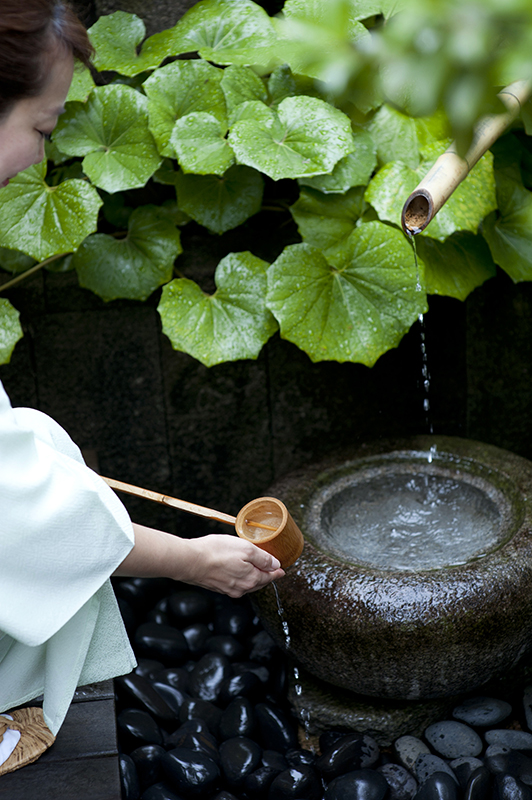 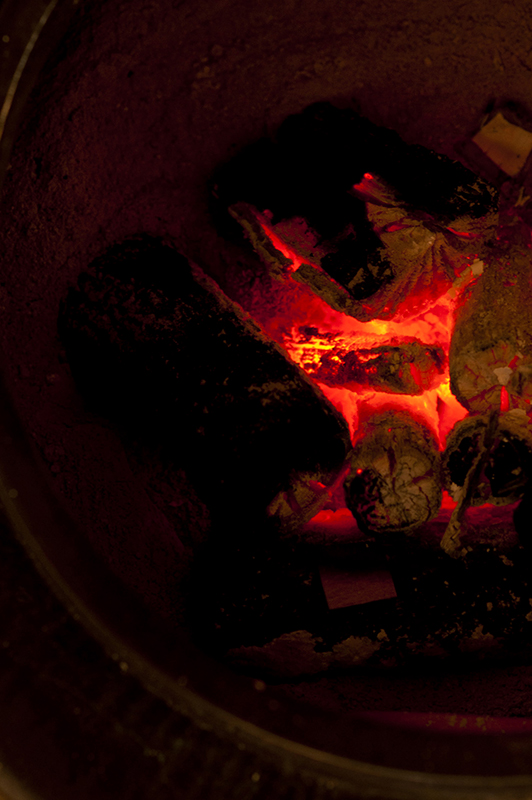 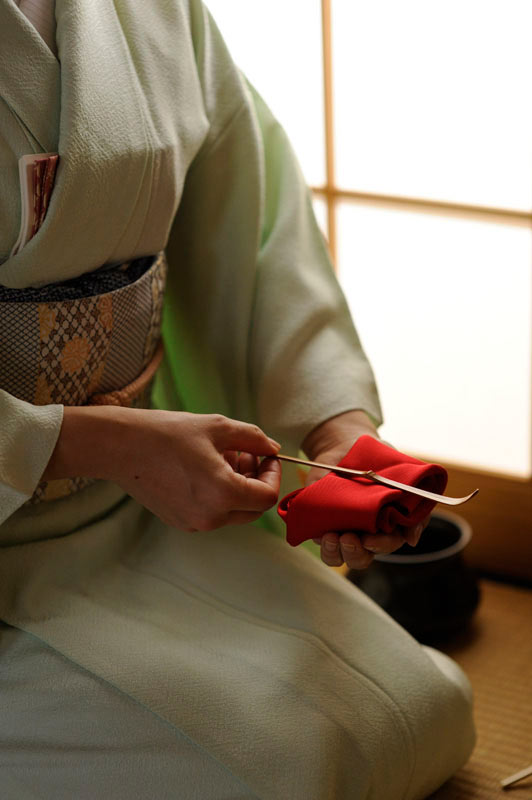 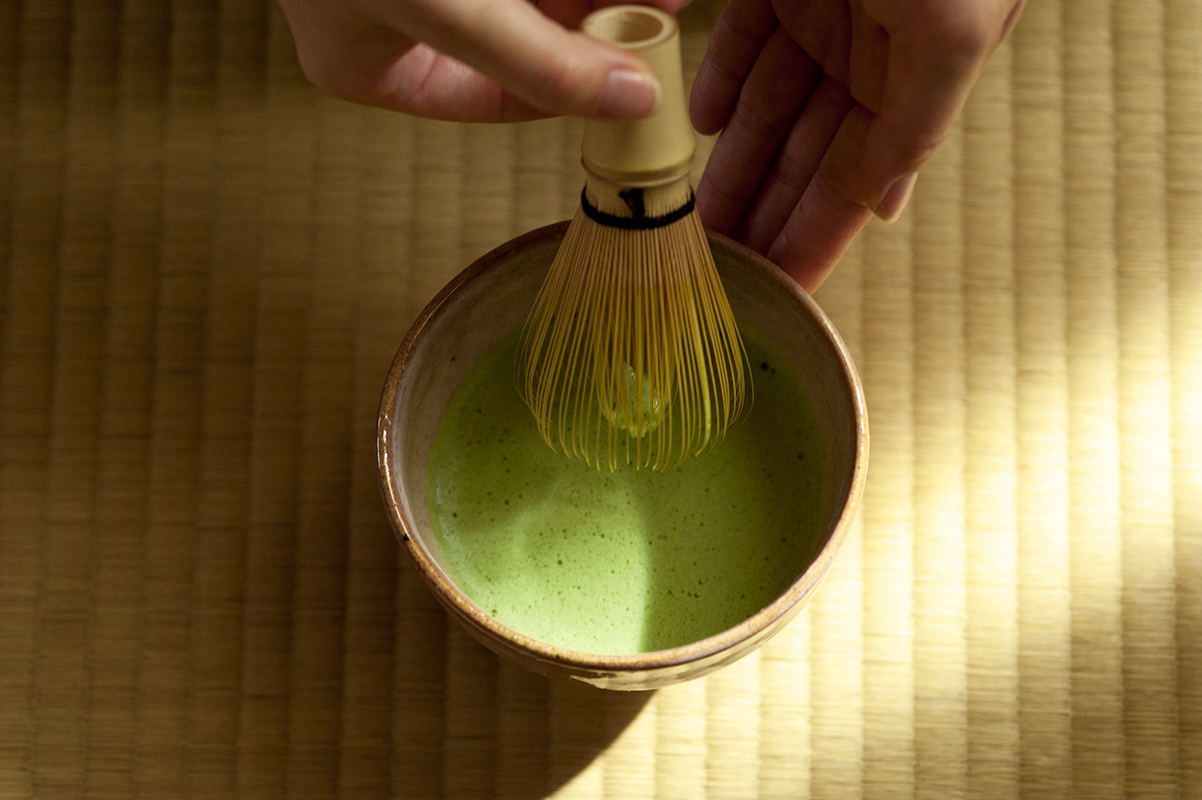